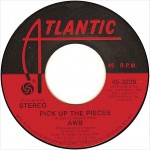 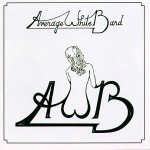 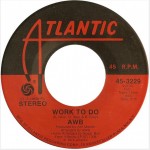 “TSOP” by MFSB, “Love’s Theme” by The Love Unlimited Orchestra, “Space Race” by Billy Preston, “Frankenstein” by Edgar Winter Group, “Popcorn” by Hot Butter,” “Joy” by Apollo 100, “Rock And Roll” by Gary Glitter, “Dueling Banjos” by Eric Weissberg & Deliverance, “Hocus Pocus” by Focus, “The Hustle” by Van McCoy, “Soul Makossa” by Manu Dibango, “Feels So Good” by Chuck Mangione, “Scorpio” by Dennis Coffey and “Tubular Bells” by Mike Oldfield – the 1970s had its share of some of the greatest instrumental hits of all time.  While many of these tracks are truly not instrumentals because they either have wordless singing or minor vocal parts consisting of the title being shouted out several times over the duration of the song, they are still rightly classified as instrumental hits.

Today’s jukebox classic stands taller than most on the above list of ‘70s instrumentals. With its propulsive disco beat and infectious horn part, “Pick Up The Pieces” managed to set throngs of dancers into motion on disco dance floors around the world.

But it wasn’t always that way…When “Pick Up The Pieces” was originally released as a single in the U.K. in 1974; it sank without a trace, completely failing to chart. Three months later, the single came out in the U.S. where it sold a million copies and climbed to the top of the charts. It was then rereleased as a single in the U.K. and it rose to the top five. Not to dis our friends across the pond, but what were they thinking the first time around…

The song crossed over into the disco charts and also spawned an answer record recorded by James Brown’s backing band The J.B.s, called “One By One.” On the record, the J.B.s were credited as AABB, or the Above Average Black Band in homage to AWB. It was also sampled by the likes of The Beastie Boys, TLC, Too Short, Ice Cube, Eric B. & Rakim, Nas, Arrested Development and A Tribe Called Quest.

Even though one of the group’s earliest gigs was as a support act to Eric Clapton’s Rainbow Concert in 1973, when their debut album Show Your Hand was released on MCA Records the same year, it sold poorly. For their second album, the group relocated to Los Angeles and signed with Atlantic Records.

The album, titled AWB was produced by Arif Mardin and ultimately topped the U.S. album charts on the heels of its chart-topping single. It was also known to AWB fans as The White Album as it featured stunning graphics on a white background that gave the band its memorable logo.

At the height of their initial fame, tragedy struck when drummer and founding member Robbie McIntosh died of a heroin overdose at a party in 1974. Allan Gorrie also overdosed at the same party, but Cher kept him conscious until medics arrived and he survived. Such was the “swinging” party scene of mid-70s Los Angeles. As a result, McIntosh was replaced by Steve Ferrone.

The group still exists today with McIntyre and Gorrie still on board. Their last album was a live album called Times Squared, released in 2009. The flip of today’s single is an exceptional cover of The Isley Brothers’ top twenty R&B hit “Work To Do,” which was also covered by The Main Ingredient and Vanessa Williams.