Some people are preparing for the end of the Mayan calendar, while others fear with trepidation the date will usher in the end of the world.  Here at The 3D RadioActivity research center, we have determined that if it is the end, we would not want to be left out, so we are going to cash in on it because this is yet another great idea for a show. 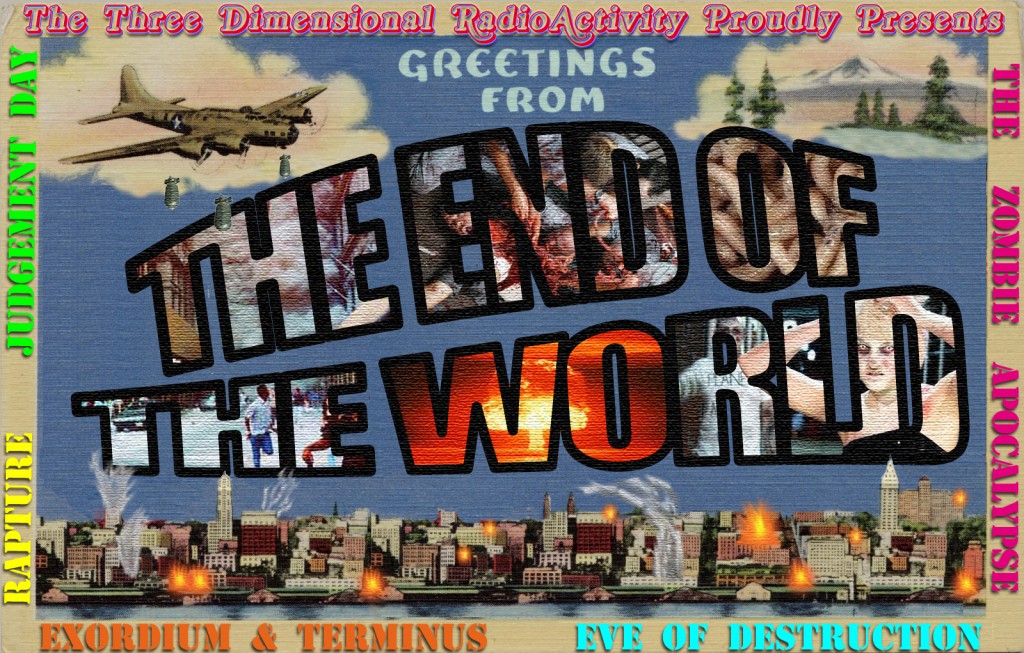 Some New Age spiritualists are convinced of a December 21 “doomsday” foretold by Mayan hieroglyphs — at least according to some interpretations.  The prophesy they refer to is found in an ancient Mayan monument in Tortuguero, Mexico, and is believed to have been left by a Mayan ruler.  The Mayan leader, fresh from defeat on the battlefield, declared that the military setback was but one event in a larger cycle of time that would end in 2012.  The belief that the world will end has traveled to the far reaches of the globe.  In the Russian city of Tomsk, for example, a company is selling an “Apocalypse kit” that includes food and medicine with a bottle of vodka — or tequila if the customer prefers.  In the French Pyrenees, authorities have temporarily closed access to a mountain in the southwest of the country to avoid throngs of people fleeing from apocalypse.   I’m Uncle Marty, and on this broadcast, if indeed it really is, we are observing the musical end of the world as we know it.

If we don’t come to our conclusion, then next week will be playing a chorus of Angels for Christmas. Got a suggestion for this or any other shows? You can send me a message on Facebook, or by clicking on my name below.