You are here: Home / Programs / 3D RadioActivity / Golden Globes In 3D
In 1943, a group of writers banded together to form the Hollywood Foreign Press Association, and created this generously distributed accolade, which plays a significant role in marketing, along recognizing excellence in film and television, both domestic and foreign. The annual formal ceremony dinner at which the prizes are presented are a major part of the film industry’s self gratification season, which culminates each year with the Academy Awards.  It’s telecast to 167 countries worldwide, generally ranks as the third most-watched one each year, behind only the Oscars and the Grammys.  I’m Uncle Marty, this time our trophy music selections are winners of the gilded orb and more on #327 of  The 3D RadioActivity. 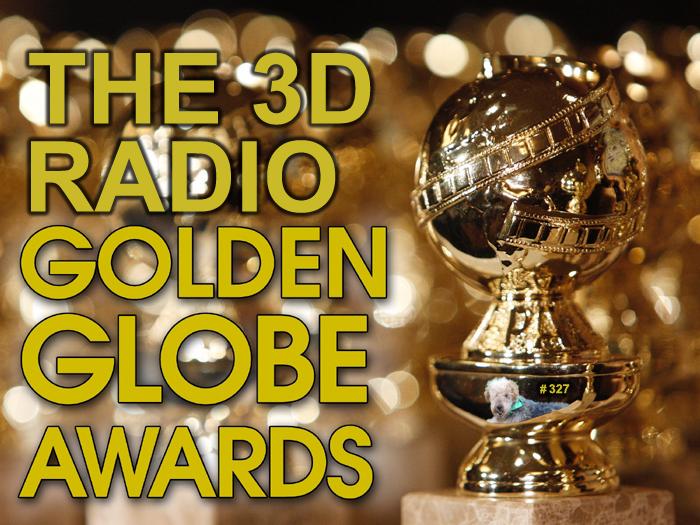 Click to play =>[jwplayer mediaid=”21383″]
Or download here:
https://archive.org/download/The3dRadioactivity/3dradio_20160417-GoldenGlobesIn3D.mp3 We have more trophy music next time as we continue with our award accolades series. If you have any favorites, be sure to tell me!  I’d love to hear from you, so check in by sending email, or leave a message & a “Like“ on our Facebook page  which has links to the archives of all the earlier episodes and graphics in the photo section.

Look for us online https://archive.org/details/The3dRadioactivity to find all of the previous shows, and thanks to  TuneIn .com,MileHiRadio,Theacidflashback.com, &  InternetFM, and we hope you will continue to tell your friends all over the world as we continue our quest for global musical enjoyment.