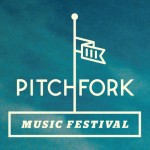 The final day at Pitchfork Music Festival provided the usual array of adventurous music including indie rock, experimental sounds, electronic dance music and much more hip-hop than has been featured in previous years.

Highlights included the return of Grimes (aka Clair Boucher) whose brand of electronic dance music has grown in stature over the last couple of years. Even though she hasn’t released a stitch of new music since her last Pitchfork appearance in 2012, she has managed to attract a much bigger crowd on a bigger stage in the penultimate slot of the festival. Her set consisted of tracks from her 2012 album Visions including her big hits “Oblivion” and “Genesis.” We also got a glimpse of one new track that she said was not quite finished yet, but sounded just fine and was well received by the crowd.

One of the most unusual sets of the day belonged to Canadian electronic duo Majical Cloudz featuring Devon Welsh who writes and sings the songs accompanied by the sonic soundscapes of Matthew Otto. We caught the last twenty minutes or so of their set but apparently they had a malfunctioning keyboard which forced Welsh to perform many of his songs a capella accompanied only by the hand-claps of the audience. This happy accident presented Welsh in the best way possible as a singer with a terrific voice who could carry the show on his own. At the end of the set, Otto smashed his keyboard for the crowd after both musicians apologized for the malfunction. No worries, they practically stole the show for the many members of the audience who stayed around for the end of the set. (As I write this review I’m listening to their 2013 album Impersonator and it’s definitely worth further investigation. Check out the song “Savage” posted below.)

Today also saw the return of Odd Future member Earl Sweatshirt whose bravura on stage made up for some rather sophomoric lyrics. Nevertheless, he’s got charisma to burn and a now-considered-classic hip-hop album under his belt called Doris. He had the crowd chanting “Hot soup in my mutha-f@#ckin’ bowl,” and “I’m gonna f@#k the freckles off your face.” Indeed, I liked him more than his music because at he’s a skilled performer with a wicked sense of humor who knows how to give his audience exactly what it wants.

Other highlights today included the girl-group garage rock of Dum Dum Girls, the newly reunited ‘90s rock band Slowdive and the psychedelic rock of New Jersey’s own Real Estate who also made a return to Pitchfork this year.