You are here: Home / Music / Alternative / Song Of The Day by Eric Berman – “I Got You” by Split Enz 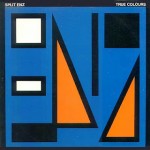 However, it wasn’t until 1980 that the band found success outside of their native New Zealand and in the USA after Tim Finn’s brother Neil, who barely knew how to play the guitar, joined the band as their lead guitarist replacing Phil Judd. At the time, Neil started taking on second lead vocal duties and writing songs that led to the band adopting a modern new wave sound.

After becoming a big sensation in their native New Zealand and Australia, they released today’s Song Of The Day by Eric Berman on the laser-etched album True Colours, bringing the band a bona-fide international hit.

After several years of non-stop touring and no huge follow-up hit, Tim Finn left in 1983 and Paul Hester was added to the lineup on drums. The band soldiered on as Split Enz for one more year before Neil Finn and Paul Hester went on to form Crowded House.